I recently attended the Canadian and United States Societies of Ecological Economics meeting in Vancouver, British Columbia in Canada. Hearing economists debate how to include ecological and biophysical values into the metrics for assessing progress raised my sense of exasperation, and kindled a small flame of hope. David Suzuki provided the overall thematic direction for the gathering in his plea for balance and the importance of preserving natural systems.  I share his basic ethic, quite congruent with Rachel Carson’s, that we are all interconnected, interdependent and inextricably bound to the complex living systems of the planet.  The laws of Nature are not negotiable – we must recognize the limits and live within them.

The entire economic development of our modern civilization follows the narrative of human domination over the Earth.  Extracting resources to create wealth through commerce has dominated our trajectory for over 200 years. Now, the resources of the planet reflect the consequences of such unrestrained plunder: acidifying oceans, collapse of ecosystems; expanding deserts; and increasing concentrations of carbon dioxide in the atmosphere.  We have been using resources without a thought to replenishing them or preserving the living systems that support life, but are not captured in the metrics that we use to measure wealth- notably the Gross Domestic Product.  A society dependent on indefinite growth in consumption, without replacing or reconstituting resources, is doomed.

Economists are severely limited in their ability to imagine prosperity without growth.  Growth has been so indelibly considered in the context of consumption of material goods, and the energy and mineral resources needed to produce them.  But as Gifford Pinchot pointed out with his wry wit, we can have indefinite growth in the arts, for example, without consuming the resources of the earth.  An opera singer or a violinist uses little in the way of resources. The height of absurdity hit me when I was listening to an esteemed economist presenting a formula for pricing the priceless- monetizing the monarch butterfly!  If you consider a butterfly to be a cultural value, since it has no true commercial use, its value would be determined by the tourism dollars spent in visiting Mexico to see the annual migration….. determined to be about $117 million!  I had a fit over this construct.  Economic value has no way to capture a species about to become extinct, or a landscape, or a garden, or a forest at dawn. 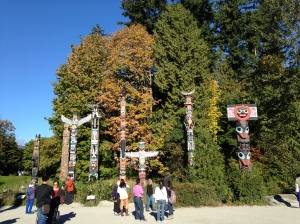 Our need to see everything in terms of economic value has diminished our spirit, our culture and our ability to think beyond instant gratification.  I was especially disturbed at the discussions of labor and the role of work in a “no growth economy.”  The economy does not need to stop just because we must stop burning fossil deposits for fuel!  Harnessing renewable resources and capturing the efficiencies of a circular economy that recaptures and reuses resources will provide employment.  Sustaining people’s needs without fossil fuels will require adjustments and some resources. Including the dignity of work as well as the critical need to preserve ecosystems and the priceless services they offer may not be possible in the economic models of the past. We will not be able to move forward if we are shackled to a world view that deifies exploitation of natural resources.  I think of the wisdom expressed by Chief Tecumse who said ” The earth was given to all for the use of each.” A shared common good cannot be monetized and owned.  The priceless life of the Earth must be a constant standard- protected, preserved and honored as we fit our human enterprises within Nature’s laws with love and respect.

(Images are totems of the Coastal Salish Nation in Vancouver BC)