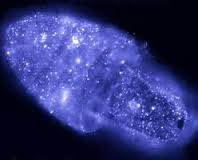 In the suburbs of Pittsburgh, houses, roads and buildings intrude on the deciduous forest that once covered these hills. Where I live, in Forest Hills, hundred-year-old oaks rise to intertwine branches over the house and yard. Soft snowflakes settle on white daffodils yielding to the warming sun of this Spring morning. The fragile beauty of new growth asserts the vitality emergent from the Earth. Sunlight sparkling through dewdrops on new leaves encapsulates in miniature all that is needed for life. How starkly different from the sparkling radiance captured through the decay of Cesium-137 on objects left abandoned after the tsunami and Fukushima Daiichi disaster in Japan in March 2011. The poignant pictures of Takashi Morizumi, displayed briefly at the Frick Fine Arts Gallery, made the tragedy of that distant place feel close, and unspeakably sad.

Five years ago, the Fukushima Prefecture was rent asunder by a 9.0 magnitude Great East Earthquake and tsunami that shook foundations all along the coast and inundated the Fukushima Prefecture. The nuclear power complex at Fukushima though fortified and built with protections, was no match for the force of the water that poured over the area. As the reactors’ auxiliary generators were inundated by the floods, the emergency systems failed, the cooling systems failed, and hydrogen explosions rent the facility spewing radioactive material across the countryside. The fuel core of two reactors melted, with radioactivity levels so high, even five years after the event, robots sent to take measurements and inspections cannot function. (http://fukushimaupdate.com/radiation-so-high-at-fukushima-tepcos-robots-cant-survive/)

In the aftermath of this disaster, 159,128 people were evacuated from the “exclusion zone” area where the radiation continues at levels unsafe for constant exposure. Cesium-137, with a half-life of 30 years contaminates an area of 11,580 square miles, making the land uninhabitable for at least 300 years. Thyroid cancer rates of 20 to 50 times the national average have been experienced in the Iodine-131 exposed population, especially those who were children at the time of the accident. Iodine -131 has a half-life of only eight days. Its effects can be lessened by immediately giving people iodine tablets to block uptake of radioactive iodine, but enough tablets were not available to all the exposed people. Scientists have called for large-scale independent epidemiological studies to collect better information about the exposure levels and the health effects that may unfold over time. It is difficult during an emergency to collect information systematically, or to respond to the needs of so many people when the basic infrastructure of the society has been disrupted by the twin emergencies of the earthquake and tsunami itself, compounded by the nuclear power plant failures.

Other communities around the world have experienced the tragedy of tsunami and earthquake disasters. The water goes down, people return to their neighborhoods and rebuild, or sell and move on. The compounding complications of the Fukushima Daiichi nuclear power plant failure makes return impossible. People suffer from the grief of separation from their land, the destruction of the human network of communities, and the uncertainty of their fate from unknown amounts of nuclear exposure. The disaster has left a miasma of fear and despair. Once fertile fields of the Fukushima Prefecture lie idle, their topsoil scraped into black plastic bags in an attempt to reduce the radioactive contamination. Even as areas are cleaned, the rain and snowmelt re-introduce Cs-137 from untreated areas. The sea water being pumped into the crippled plants becomes radioactive, and is being stored in thousands of tanks, with much leaking through the bottom to flow into the ocean in a radioactive plume that has not been stopped or contained yet. Plutonium has a half-life of 24,000 years, essentially contaminating the core site of the melted reactors forever. Takashi Morizumi’s images capture the heartbreak of those who can never come home, and the tears of the Earth laid waste for hundreds of years.

The promise of nuclear power, using atoms for peaceful generation of electricity, rings hollow in such a place and time. There are 328 nuclear power plants operating worldwide, 104 in the United States. Of these, 63 are of the same design as the Fukushima Daiichi plants. The Price Anderson Act protects the nuclear power plant operators from liability with a government-backed insurance policy. But what happens to the communities, if the worst does occur? Each power plant in the US has a “spent fuel” pool nearby to store the highly radioactive spent fuel rods removed from the reactor cores. The Nuclear Regulatory Commission fact sheet on nuclear power states, “There are no permanent disposal facilities in the United States for high level nuclear waste.” Several nuclear plants around the world are situated along earthquake fault lines, including the Diablo Canyon plant in California. Even the Fukushima plant remains in the path of future earthquake or tsunami events. There is no way to assure that such disasters will not occur again. The most advanced technology is no match for the full force of nature.

The unintended consequences of using nuclear power technology are subtle. They unfold over long periods of time and the effects are not immediately obvious. Radiation can accumulate in food chains and concentrate in biological systems. Chronic exposures to phytoplankton and zooplankton in contaminated ocean waters, even at low doses, can magnify up the food chain. As the Fukushima Daiichi plant continues to leak, long-lived radionuclides spread through the biosphere. Environmental effects can accumulate over generations. There is no way to be sure what the ultimate effects will be over time. The saddest part of this story is that the power requirements of this mostly agricultural area can be easily met with solar and wind power for irrigation, domestic uses and heating. Generating large amounts of electricity in remote areas to send away to large cities has placed the burden on poorer people, living simply. The injustice of their burden gives pause for the future of nuclear power. The probability of an accident may be very low, and the risk small compared to other kinds of exposures, but in case of a nuclear disaster, the effects are catastrophic.

There is no “Planet B.” We need to take precaution to protect the living earth and the essential life support systems of fresh air, clean water, fertile ground and the biodiversity of species that form the interconnected web of life. In Rachel Carson’s words, “Underlying all of the problems of introducing contamination into our world is the question of moral responsibility – not only to our own generation but to those of the future.” (Rachel Carson. ”On the Pollution of Our Environment” in Lost Woods. Linda J. Lear (ed.) 1998. Beacon Press. Page 242.)

(Summary of remarks made at University of Pittsburgh, Frick Fine Arts Center, March 15, 2016.)