A Reflection on Memorial Day 2018

I was born in the “Baby Boom” following the end of World War II – a defiant and hopeful declaration by my parents that the world could still hold love, and grace and beauty.  My Father served in Donovan’s paratroopers unit, behind enemy lines fighting with the Resistance in France and Italy.(1) He never spoke of his time in the War, even when we as children would ask about it. The book was closed, and the scars of his experience haunted him until the end of his life.  Yet, he served in the United States Information Service (now part of the CIA), and in the U.S. Foreign Service with dedication and commitment to build an America that would fulfill the promise offered to immigrants and citizens.  As a first- generation Italian/American, I have carried the commitment to public service for most of my own life.  Always the ideal that government serves the collective public interest and protects the weak and vulnerable from the tyranny of self-interested power has driven my own personal and professional decisions.

The generation that fought together in World War II shared a bond of common commitment to face down evil and stand for the moral high ground of humanity.  Service above self, to the ultimate sacrifice of life itself, bound the citizen-soldiers of that time together, and set up the conditions that built the greatness of America as a world leader, and as a model for progress. But, in the aftermath of that war, the spirit of cooperation in governance, in institutions, in aspirations began a slow erosion decade by decade.  My Father would not recognize the America he fought for, and the government policies prevalent today would shock his sensibilities to the core. 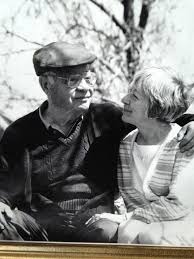 nd welfare of the people, as a collective whole. Tax and financial policies have deliberately skewed the distribution of wealth to an increasingly bloated top 5% of the people, leaving more and more people in the clutch of poverty, even if they are working full time, or have multiple jobs. The system is rigged for people who make money from the returns on their invested money. Corporate profits are at an all-time high, while wages stagnate or fall. Working hard does not guarantee success, or even a viable life.  The poverty in America is a deliberate political decision.  Likewise, the assumption that clean air and fresh water are guaranteed is fraying in America.  As pollution runs rampant with regulatory controls rolled back, rescinded or unenforced, millions of Americans suffer from living in polluted air and unsafe water.  Contamination from industrial operations disproportionately affects communities of color, and people who cannot afford to move away.  The environmental injustice compounds the insult of having to live in unhealthy places, with no recourse, and no hope of escape.

Unlike the specific, horrific crimes of Nazi Germany, the slow violence of corporate greed raises few objections.  The country increasingly splits over ideology, politics, race and religion. There is no sense of urgency to move in a collective effort to preserve a fair, equitable, healthy future for our children.  Everything rests on short-term benefits.  There is no sense of collective action to make better options for our children. Any policies that purport to curtail the “rights” of individuals or corporations to profit, regardless of the consequences, are viewed with derision and trounced as burdens on business.

What of the burdens on the next generation?  What of the obligation to protect the innocent and help the indigent?  Where is our higher calling to improve the community in which we live?  As the conditions of the world continue to deteriorate, it is necessary for everyday people to take up the mantle of moral conviction to make things better.  It is imperative that people learn from the brave men and women who laid down their lives for justice, freedom and respect for human dignity.  The rampant racism underlying many of the current policies in America must be called out, and trounced for the precursor to tyranny. Democracy is not automatically viable, it requires active participation by an informed and caring citizenry.  There is no way to honor those who stood for the America that stood together to defeat tyranny without reclaiming the moral imperative.  We must be willing to stand and fight for the dignity and respect of all people, for the right for life to exist as intact living systems that serve our Earth, for the fair and equitable distribution of the nation’s wealth, and for the rights of people to express their opinions openly and to receive respect.

As we take a few moments over Memorial Day to remember and honor those who died for our country in World War II and in the many conflicts since then. We must remember that we are a nation stronger as a community joined in common purpose that as a group of individuals, each striving for his or her own goal. It is the common sensitivity of caring communities, built on mutual respect and recognizing the inherent dignity of each person, that will prevail over tyranny.  The injustice visited on any one of us is owed an answer by all of us. That is what makes a nation great.

I thank my Father and his many comrades in arms who came home from serving our country and left a legacy of hope for the future.