“Don’t it always seem to go that we don’t know what we’ve lost till it’s gone?”  Joni Mitchell 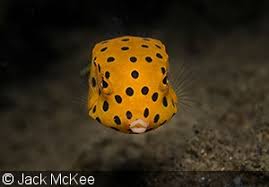 “The Ocean is a place of paradoxes.  It is the home of the great white shark, two-thousand-pound killer of the seas, and of the hundred-foot blue whale, the largest animal that ever lived. It is also the home of living things so small that your two hands might scoop as many of them as there are stars in the Milky Way.”Rachel Carson[2]

Walking along the edge of the sea in the early morning after a storm reveals the power and the wonder of Nature. Long ribbons of winged kelp, Alaria, with rock clinging to their moorings wrenched from the depths by the power of the storm clump along the tide line.  Strewn among them are the spiral egg cases of the Channeled Whelk, stranded jellyfish, or

sea urchins along with bits of shell and an occasional starfish cast out of its depth.  The sanderlings and gulls prod through the debris running back and forth, or swoop and dive into the shallows. The detritus of humanity is there too, adding unnatural bright colors of plastic bottles, straws, styrofoam cups, toys, tampons, plastic containers of joint compound or kitty litter, shards and pieces of plastic goods once used and discarded. Indigestible even by the bacteria and detrital consumers of the ocean deep, this accumulated debris of human convenience chokes the life out of the creatures of the sea.  Inevitably, it will choke the life out of all of us, too

The ocean as we have known it for hundreds of years now exhibits the effects of careless and deliberately harmful human actions. The ocean has been considered so vast that no amount of contamination could possibly affect it.  Now the effects of endless dumping, runoff from chemical agriculture, and the acidification of the water from absorbing carbon dioxide from burning fossil fuels are degrading vast areas of the ocean.  Coral reefs stand bleached and dying over 50% to 80% of their reaches.[3]No coastline on earth is free of plastic debris washed to the ocean from land.

Since 1983, the United Nations has celebrated World Oceans Day on June 8thto help raise awareness of our dependence on the ocean for most of the oxygen in the atmosphere, food for millions of people, tempering our climate and contributing endless connections in the global web of life.  The ocean covers 70% of the surface of planet Earth. Though part of the Earth from the time of its ancient origins, vast expanses of the ocean remain unexplored, shrouded in mystery.  All of life on Earth depends on the functions of the ocean and the myriad of living things embraced in its waters.  Most critically, 50% of the free oxygen in the atmosphere comes from phytoplankton living in the top 18 inches of the ocean water. These small life forms convert sunlight to sugars and oxygen as they float on the surface of the sea.  At the ground base of the food chain, plankton feed creatures from beluga whales, to sockeye salmon to small fry of fishes. Millions are suffocated by oil slicks. Worse, the

plankton are now joined by micro-plastic particles, ground into bits from years of tossing in the ocean, now intermixed with the life forms, reducing the food value and offering surfaces on which toxic bacteria and toxic pollutants accumulate. Some of the plankton will ingest the micro-plastic, and thus incorporate this material into their own systems.[4]The feeding fishes and whales do not distinguish the plankton from the plastic micro-particles, ingesting huge quantities of the increasingly contaminated material to the point of starvation. Plastic has been found in the bodies of fish caught for human consumption also.[5]

Plastic pollution is causing tremendous harm to our marine resources. For example:

The global contamination of the ocean from single use plastic is an especially poignant tragedy because it represents the epitome of the unintended consequences of modern progress. Plastic came into the market as a convenience, a wonder material that could lower cost and bring myriad improvements in critical things such as health care, packaging and disposable consumer products. Since the 1950s, plastic use has grown exponentially. While

the uses of plastic have grown, there has been no concerted effort to address the waste stream that now reaches 300 million tons per year of plastic waste.[7]The uses of plastic and their production represent a $184 billion industry, with exports expected to grow by 7% per year until 2030 based on increased use of shale gas as a feedstock.[8]But the reclamation, recycling, or re-use of the raw petrochemical derived material has no value as a profit center, and thus accumulates as trash, and erodes the public amenities of water, land and ocean ecosystems. The unintended consequence of creating a material that is strong, non-biodegradable, light weight, formable into a variety of shapes are the same properties that make plastics a scourge when discharged into the oceans.

Without concerted action, we face the tragedy of a loss beyond measure – an ocean sterile of life, bereft of the resilience and regenerative power of millions of living things from the smallest plankton to the mightiest of whales that rise from the depths to breathe. There is no way to “recycle” out of this problem, though recapturing plastics for re-use is one part of the solution.  We must address the need to design systems for the capture of waste, so the “garbage” of modern life does not end up in the ocean. We must address the problem of excess plastic at the source. We must adopt policies and systematic solutions that prevent further pollution from plastic, and begin to clean up what has already accumulated in the ocean.

The United Nations has adopted an action focus for 2018: preventing plastic pollution and encouraging solutions for a healthy ocean. Erik Solheim, Head of UN Environment, said, “It is past time that we tackle the plastic problem that blights our oceans. Plastic pollution is surfing onto Indonesian beaches, settling onto the ocean floor at the North Pole, and rising through the food chain onto our dinner tables. We’ve stood by too long as the problem has gotten worse. It must stop.”[9]At the closing of the G-7 meetings in Charlevoix, Canada, six of the countries, Canada, France, Germany, Italy, the United Kingdom, and the European Union, adopted an Ocean Plastics Charter: “Plastics are one of the most revolutionary inventions of the past century and play an important role in our economy and daily lives. However, the current approach to producing, using, managing and disposing of plastics poses a significant threat to the environment, to livelihoods and potentially to human health. It also represents a significant loss of value, resources and energy.” [10]The charter includes a five- part commitment to take action toward a resource-efficient lifecycle management approach to plastics in the economy by:

As we enter the summer season, many people travel to the seashore to enjoy the beaches, or fishing, or just being at the seaside. It is important to recognize that the simple pleasures we derive from experiencing the coast depend on much larger forces at work. The unthinking carelessness and wasteful practices surrounding our conveniences in using plastic take a relentless toll on essential life systems.  We cannot live without the complex living ocean, but we can certainly live without plastic straws, plastic bags and hundreds of other single-use items. For hundreds of suggestions about reducing plastic in your life, see https://myplasticfreelife.com/plasticfreeguide/  The most important step is to care about preserving the life of the ocean, to care about preserving our planet for our children. The   mysteries of the ocean depths are worth preserving, worth fighting for, and worth making changes in the “convenience” we take for granted without counting the cost.

“But even with all our modern instruments for probing and sampling the deep ocean, no one can say that we shall ever resolve the last, the ultimate mysteries of the sea. … For the sea lies all around us. The commerce of all lands must cross it. The very winds that move over the lands have been cradled on its broad expanse and seek ever to return to it. The continents themselves dissolve and pass to the sea, in grain after grain of eroded land. So the rains that rose from it return again in rivers. In its mysterious past it encompasses all the dim origins of life and receives in the end, after, it may be, many transmutations, the dead husks of that same life. For all at last return to the sea – to Oceanus, the ocean river, like the ever-flowing stream of time, the beginning and the end.”
Rachel Carson. 1951. The Sea Around Us- Commemorative Illustrated Edition. Oxford Press. (2003) Page 259.

[1]As the photographer of this young yellow boxfish (Ostracion cubicus) said, small marine creatures as well as large ones are fascinating and worth protecting. The fish was in a rocky crevice in the Tweed River, New South Wales, Australia.